Our Staff at IPT 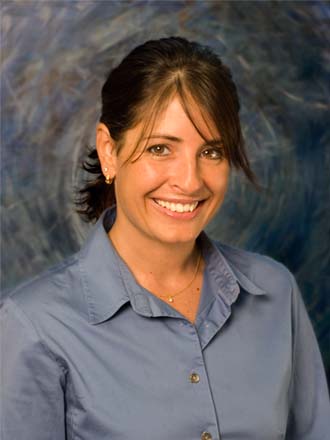 Graduated from Russell Sage College in 1994 with a Bachelor of Science in Physical Therapy. Dissatisfied with the quality of care she was witness to in her field; Kimberly created IPT in 2000 to offer one on one specialized therapy. IPT was created for the patients, as opposed to the production line PT clinics where several patients are treated simultaneously to offset diminishing reimbursement rates.

Kimberly utilizes functional biomechanics with manual therapy and is passionate to serve her patients and the community at large. To accomplish this she is endlessly pursuing cutting-edge techniques and strategies that uplift and heal. Kimberly has created different wellness programs and lectures on an integrative approach to healing, the body-mind system, and meditation. Kimberly graduated in 2011 as a Fellow of Applied Functional Science (FAFS) from the Gray Institute. Gary Gray is considered the founder of functional therapy and is famous for helping countless professional athletes and for keeping them in the game when all else failed. Functional therapy considers how the body works as a biomechanical chain from the foot to the head while considering the force of gravity, movement in 3 planes, ground reaction forces, and sport-specific demands.

Kimberly considers applied functional science, AFS, the golden key that unlocked her potential to really make a difference in patient outcomes. “I can now simply watch a person walk, run or move and see broken links in the chain or aberrant movement patterns away from the site of injury and yet the cause of the problem.” As a result of her FAFS and success with athletes who felt they exhausted all other options, IPT is becoming known for its sport-specific rehab in addition to its manual therapy. In particular, as a result of the extensive focus in AFS on the foot and lower extremity biomechanics during gait (walking and running form), Kimberly really enjoys the success she is having working with runners.

In addition to the study of biomechanics and AFS, Kimberly continues to complete training through the Jones Institute in SCS, Strain Counterstrain osteopathic, and manual fascial techniques. She has completed SCS spine and SCS lymph to date. She has taken countless myofascial release programs and cranial-sacral certification training over her 22 years as a therapist.

Most recently Kimberly is proud to have completed her Active Release Technique, ART certification in the upper extremity/neck. 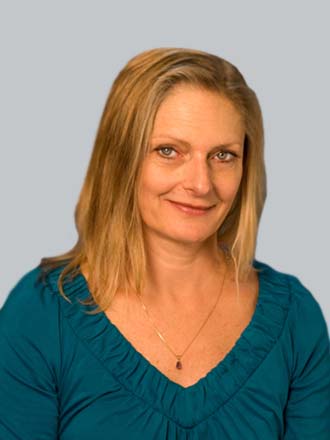 Graduated with a B.S. in Physical Therapy from Downstate Medical Center in 1981. Jill’s clinical focus over 25 years of experience has included the care of infants, children, and adults with orthopedic and neurological impairments. Jill’s clinical and administrative depth of knowledge supports her as the Clinical Coordinator of IPT.

Jill is a leader in the field of physical therapy distinguished by her extensive post-graduate training, manual therapy skills, and dedication to her patients.

Jill is Graston Certified as well as trained in Cranio Sacral Therapy,  Strain /Counterstrain therapy, and Myofascial Release.  Jill is not happy if she has not triumphed over dysfunction or pain and she will not stop looking until she finds her patients the necessary solutions. Jill inspires the best of everyone who enters IPT and warms the hearts of us all! 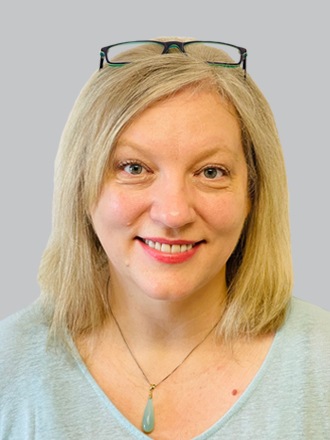 Ms. Schryer graduated from Potsdam College with a bachelor degree in Modern Dance and Psychology followed by graduation from American International College in Springfield, Massachusetts with a master’s degree in physical therapy.

After several years of working as a physical therapist and Rehab director in various settings, she joined Integrative Physical Therapy to get back to her hands on roots. She is pleased to be a member of the IPT community, and indeed is inspired by the work that is done here.

In addition to manual therapy, Pattie’s passion is pelvic floor health. As a student, she completed a 12-week internship in Morristown NJ and later she became a member of the Albany Memorial pelvic floor team. Pattie has completed Pelvic Floor training 1,2,3 as well Pudendal Release for pelvic floor.

She has spent many years refining her understanding of the human body through teaching anatomy, kinesiology and manual therapy to massage students. Her background in modern dance, massage therapy, pedagogy and physical therapy make her an excellent educator, communicator and health practitioner.

Both Kimberly and IPT patients all tout Pattie’s hands-on skills as the BEST EVER. She is truly gifted. Yet it may just be her amazing kindness and sense of humor that every one comes back for.

Her passion is pelvic floor health. As a student, she completed a 12 week internship in Morristown NJ as well as was a member of the Albany Memorial pelvic floor

Melissa shares local roots, having graduated from South Colonie Central High School where she was active in sports including: soccer, basketball, cross country, and track. She completed her Bachelors of Science in Exercise Physiology at The College at Brockport, SUNY, where she continued to be active in intramural sports. In 2021, she earned her Doctorate in Physical Therapy from The Sage Colleges. Her clinical experience involved school- based pediatric settings and outpatient orthopedics (including pre/post- surgical care, patients with lower extremity prosthetics and aquatic therapy).

Melissa chose IPT because she believes in IPT’s philosophy of examining and addressing the whole body to effectively treat a specific injury. She appreciates IPT’s longer one-on-one treatments where she can provide advanced manual skills and really get to the root of the pain and dysfunction.

Melissa enjoys working with patients of all ages, she loves learning, and is determined to help each patient achieve their functional goals.

When not working, Melissa enjoys spending time with her family and friends, rock climbing, and paddle boarding.

Dr. John Bulawa graduated with his Doctorate of Physical Therapy in 2016 from Nazareth College, specializing in evaluation and rehabilitation of orthopedic and neurological conditions. Dr. Bulawa is also a certified health & fitness specialist accredited through the International Sports Sciences Association (ISSA) and International Fitness Professional Association (IFPA), with over a decade of experience within the health & fitness industry.

John was inspired to become a PT following his own long road to recovery from anaccident. Previous to this he was working as a personal trainer and professional musician and states the knowledge and multi-faceted approach provided by his PT stirred his own longing to advance his expertise in health and fitness. John joined the IPT family because he feels it offers a similar comprehensive one-on-one approach to what he received out of State, which is difficult to find in NY.

John shares a passion for manual therapy, in particular, mobilizing joints and soft tissue to optimize movement. He states “hands-on therapy seems to be a dying art in physical therapy and yet often gives the most immediate pain relief. I enjoy restructuring the tissue and bringing hope to those who suffer with pain. I feel it’s an honor to partake in my patients’ success.”

John’s passions are continuing to advance his therapy knowledge, playing music and above all being a father to his baby boy and spending time with his family. 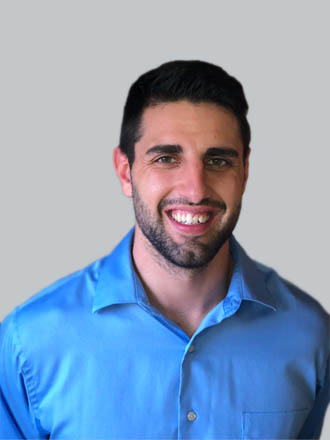 Alex DeRusso, PTA, PT, DPT, is an alumni of Shenendehowa HS class of 2012 with letters in football and track. Alex writes, “Most senior HS athletes are unaware of how they want to spend the rest of their life. For me it wasn’t a question I had the liberty of asking myself, it more or less just fell into my lap, or I fell into it. My years from 17-22 were riddled with sports injuries, orthopedic surgeries and time spent training in various PT clinics. I’ve been on the other side of the coin more times than I care to admit, which garnished my love for the PT profession."

Alex graduated from Utica College with his Doctorate in Physical Therapy in 2018. During his DPT education and post graduate clinicals, he had a great many experiences within the local community and across the nation to affect the lives of those in pain. Alex chose to become a physical therapist because of the profound way it can enhance, uplift and improve another person’s life. “There is no better feeling than the gratitude that comes with saying goodbye to a patient who no longer is in need of my services."

Alex chose IPT to offer his skills because IPT gives him the time to make a difference. We joke it was because football wide receivers with large hands make the best manual physical therapists. However, perhaps it is no joke, because over the past year and a half that Alex has been at IPT, patients rave about his hands-on skills as well as his fun-loving demeanor.